Skip to content Skip to main menu
Home › Uncategorized › Do school dropouts become leaders or not? 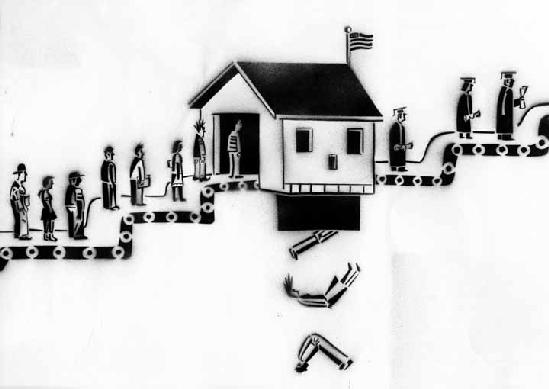 Who is more likely to become a leader: a school dropout or a Harvard graduate? Bill Gates dropped out of Harvard and Steve Jobs of Reed University, and despite this, they have been very successful in their business lives — or is it because of this?
There are many articles on the Internet with phrases like “If I hadn’t left school, I wouldn’t have founded this great company, and I couldn’t have achieved these great successes.” So, it looks as though leaving school gives one the chance to become a leader or an entrepreneur.
On the other hand, there are many parents who race to have their children enrolled in the best schools in the world. They believe the best way to guarantee success is through academic achievement.
One of my neighbors always says that if he had the chance to go to school, he would have led the world and made radical changes. I ask myself a similar question: “Who is going to change the world, people who attend school or who leave school to change the world?
We have to answer this question in a logical way. First, I want to define leadership: managers sustain a system, while leaders change it. This definition might help us determine the right answer to our question. If leaders are defined by the change they provide, then the leader is the person who challenges the order of society. The school system is the primary embodiment of social order. Therefore, to be a dropout means to stand against the social order. However, there are millions of school dropouts who have had no serious successes in their lives. Then, how do some dropouts, like the founder of Bluelithium, Gurbaksh Chahal (a high school dropout), Bill Gates or the founder of Facebook, Mark Zuckerberg (college dropouts), become so successful?
First, they leave school due to realizing that even the best schools are inadequate for helping them create world-class projects.
Second, these dropouts are hardworking people. They have very good communication and networking skills, and they have a world-class project or idea and they strive to accomplish their goals.
What do schools and universities really do in this world? In a capitalist society schools and universities prepare people to become personnel working for a salary. Every university’s essential function is to provide employees for the capitalist system. They provide engineers for factories, managers for companies, doctors for hospitals, teachers for schools, graphic designers for advertising agencies and so on.
You might be a manager in a factory or a company. However, these managerial positions are not real leadership positions. It is very difficult for many people to admit that a manager working for a company is far from being a real leader. When he or she is fired, his or her virtual leadership finishes.
So, is it possible to become leaders by graduating from a university, or receiving a master’s degree or a doctorate? Of course, it is possible. The number of leaders who have academic degrees are more than school dropout leaders. But there is a parting of the ways after graduation. The graduates should start their projects or found their own institutions/businesses at the end. They might start their projects right after graduation or after some professional experience.
There are entrepreneurs like Walt Disney who founded their own businesses after their professional career. Besides, most of the time founding your own business is not entrepreneurship, according to the definition of Peter Drucker. To open a restaurant, a boutique or a grocery store is not entrepreneurship; entrepreneurship is having a project to make a substantial change in a certain field. According to Drucker, entrepreneurs create something new, something different; they change or transmute values in different areas of life, not only in business. Muhammad Yunus became a leader because of his project of micro-credit, not through founding a bank.
In conclusion, I believe there are two ways to become a leader. The first effective way is to leave school because of a challenging and motivating project, actualizing that project and becoming a leader through this process with the help of already-possessed skills. The second way is attending a school, being academically successful, graduating from the school and being a leader by accomplishing a dramatic or fundamental project that brings a significant change by means of the skills acquired during formal education.
As you can see, becoming a leader does not depend on whether or not one is a school dropout or an academically successful student but rather requires possessing a vivid idea for a visionary project.

One comment on “Do school dropouts become leaders or not?”